Tis this season of aliveness

As we celebrate our Savior's birth

Filled with love and forgiveness

As relationships kindle in rebirth

Tis the season of aliveness

A time of the year given in wiseness

As our Savior's birth gave our life worth

Given in the spirit of the season

Joy fills the air upon each it flowered

Keeping in mind this season the reason

To this one's soul leaps in joy abound

For His return we observe preseason

In the spirit of Christmas peace surround

Tis this season of aliveness

We honor this day our King now crowned

Thoughts: This season remember the reason for the season is the birth of Jesus Christ who gave His life for us so we may live eternally with Him. Sometimes the best gift you can give is the gift of giving in love. For instance: I bought part of my grandchildren's gifts in bulk. I had some extras that I gave to a co-worker in helping her with her grandchildren's gifts as she was struggling to get gifts for her grandchildren; of course I gave her a gift, as well.  Always remember in giving to give in love this season where joyous is Christmas! 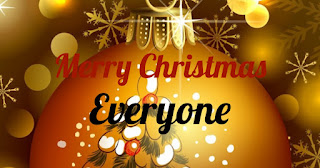 at December 24, 2021 No comments:
Email ThisBlogThis!Share to TwitterShare to FacebookShare to Pinterest

A Poem for Thought!

From birds in the air to waters below

Seeing what You created I'm floored

Your thoughts of beauty surely does show

As to our needs in this place You poured

Food, clothing, and a place to rest bestow

Although hard to cope this place sometimes

I've learned to the good to look upon

As the good outweighs the bad oftentimes

Happy here is what your view based on

I view the beauty You made of plenty

The love You gave us I mean, c'mon

A fabulous world than most of any

Grateful to You I am of many

Thoughts: Sometimes we can get so wrapped up in our struggles or in our luxury or all that lays in between (what ever the case may be), that we forget just how beautiful this place we live. Happy here really does depend on one's view of the world we live. Sure sometimes it can be hard, very hard; but if all one sees is that then of course it will affect one's happiness. I live a struggling life, but still am happy to live in such a beautiful place and do appreciate what ever the Lord gives me. Life itself is a reason to be happy. We live in a world created by a God that had our well-being in mind, and the beauty He gave us is pretty awesome.

at December 08, 2021 No comments:
Email ThisBlogThis!Share to TwitterShare to FacebookShare to Pinterest

A Poem of Thought

Makes the World go Round

Due past experiences to them I frowned

But my learning perspective has changed

When the need for social them I found

And my life became rearranged

From the experiences to them I frowned

Learning to some it's just a playground

Where some need this their life estranged

Also have learned they can be a tool

If used properly, but some have misused

As in the hands of some they can make a fool

For to these tools some have abused

Making them toys out of tools alike

Have learned to this to be amused

Now that my perspective has changed

When to my past experiences I had frowned

To now my thoughts to these rearranged

Thoughts: My past experiences with Social Media applications, at times, was very emotionally draining; not good. But, thanks to those experiences I now have a new perspective on Social Media applications. Leaned they can be both good and bad, depending on how one uses them. Awareness to this now amuses me. In our world we now live, it's almost impossible not to use them, or at least be curious of them. We do have a choice rather to use them or not; but, as the world moves closer and closer to a totally technological atmosphere it's a good idea and a benefit to understand and know how Social Media applications function as toys and tools, alike. After all, toys and tools makes the world go round.