- January 17, 2023
Hi guys,
Here two more poems from the "Growing Strong in The Lord" two book collection. Still presenting previews from part one, I Am Sowed, By God’s Words. These two poems remind us not to judge others; in particular the poor. "For with what judgment you judge, you will be judged; and with the measure you use, it will be measured back to you." (Matthew 7:1-2). Anyone can go from being well-off to being poor in an instant. Some have the misconception that if one is poor it is of their own doings. That's not always true! There are many circumstances where one can not help one's financial status. Perhaps, God does watch how we treat, not only the poor, but everyone in His righteous judgment. But, in particular, how we treat the poor.

Through The Eyes of The Poor

For in this world of riches one hides

But through the eyes of the poor

Is mostly where the Lord decides

As to what they see does adhere

To the judgement He provides

In them He becomes their savior

Because in this world the rich resides

Where the poor in their clutches a snare

Then the devil does show the rich insides

Power of The Poor

Thoughts: Some don't realize the power they have when poor. The Lord was born a carpenters’ son; thus, poor or mostly poor. He also inducted mostly the poor as disciples. The Lord loves the poor and did not like rich pious people. Mostly because their worship was of riches in emphases. "And again, I say to you, it is easier for a camel to go through the eye of a needle than for a rich man to enter the kingdom of God" (Matt. 19:24. NKJV). He loves the humble and lowly. The Pharisees, the religious leaders in Jesus time, held themselves as higher than others and worshiped themselves because of their position. When Jesus inducted Matthew as His follower, He was put down by the Pharisees as inducting a sinner and were praising themselves as better due their pious positions. But Jesus had this to say to them   "And whoever exalts himself will be humbled, and he who humbles himself will be exalted" (Matt. 23:12. NKJV). There is power in being poor due the poor's position in life and the Lord's love for the poor. As a follower of Jesus Christ, one being poor holds great power. 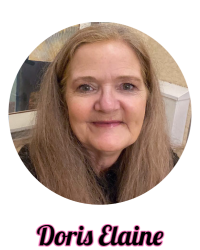